Briefly about the main directions and types of yogaHatha Yoga is the yoga of the body. The word hatha consists of two syllables - ha and tha. The syllable ha means "the sun," and the syllable tha means… 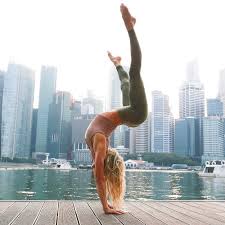 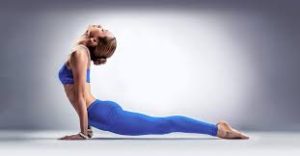 This complex, amazing in its effect on the body and psyche, is an integral part of any yoga practice. Different yoga schools may have slightly different performance.

– fills the whole body with energy,
– eliminates all signs of drowsiness
– perfectly prepares the body and mind to get the most out of
subsequent asanas, pranayama, meditative techniques, etc.
– kneads all joints, gives elasticity to all muscles of the body,
– massages internal organs,
– activates the respiratory and circulatory systems,
– tones up all other body systems.
In short, it brings the whole mind-body complex into a state of harmony. If you feel tired (at any time of the day), then, having completed a set of exercises, you will regain strength, both physical and mental.

This is a rhythmic, symmetrical exercise, the implementation of which gives true pleasure. When it is perfected, it seems that the body itself flows from one movement to another, without any effort or conscious control. It seems that every part of the body itself, without any effort, comes to the right position at the right time and in the right sequence. Try this exercise yourself and you will understand what we mean.

The sun has been worshiped since time immemorial. In ancient times, people reverently worshiped the sun, knowing that it emits the heat and light necessary to sustain life. They understood that without him there would have been no life or movement. If the sun ceased to exist, life would die out, like a candle flame.

In most ancient civilizations, religions based on the cult of the sun existed. He was personified by various deities: Mithra among the Persians, Osiris among the Egyptians, Baal among the Chaldeans, Apollo among the Greeks, Surya, Lord of heaven in the Vedic period in India, etc.

The sun was worshiped not only because of its material nature and power, although it is possible that less knowledgeable people were limited to this. The sun itself is a symbol. It symbolizes spiritual enlightenment and knowledge, light in the darkness of ignorance. It represents the essence, spirituality, existing in all material things. It was this essence that was the object of worship of more enlightened people in all ancient cults and religions. The material Sun is a manifestation of a deeper, hidden base or substrate. The medieval alchemist Paracelsus clearly explained this as follows:

“There is an earthly, material sun – a source of heat; and all who are able to see him, even the blind, can feel his warmth. And there is the eternal sun – the source of wisdom; and those who are spiritually awakened will see this sun and realize His existence. ”

The sun is a symbol of immortality, because, dying every evening, it is reborn the next morning. Sunrise is a time of joy and admiration, because it awakens everything. That is why Surya Namaskar was common in ancient India. It is mentioned in the Rigveda and Ayurveda, the ancient Indian texts, which prescribed various open postures for worshiping the sun in the early morning.

Many people still worship the sun in one form or another. You can consider Surya Namaskar as an expression of your respect for the sun, be it its material aspect or the deeper spiritual aspect that symbolizes the material sun. Or, if you are not inclined to worship, do Surya Namaskar just to strengthen and maintain health. This is one of the steps to spiritual awareness and peace.

Surya Namaskar includes five important aspects. All of them should be given attention for optimal results. These are the aspects.

1. Physical postures: these are twelve postures of the body. It is necessary to remember the sequence of 12 asanas – this is not at all difficult! 🙂 They should be performed without excessive stress, easily, almost silently, “flowing” from position to position.

2. Breathing: all movement in Surya Namaskar from beginning to end is synchronized with breathing. Each position is associated with inhaling, exhaling or holding your breath. The sequence of breathing in Surya Namaskar is completely natural and should be carried out spontaneously. Each position is associated with precisely those phases of breathing that the body performs automatically, and any attempt to breathe otherwise will prove to be uncomfortable and difficult. There is a simple rule to remember when learning Surya Namaskar. When you bend back, inhale as the chest expands, letting air into the lungs. And leaning forward, you should exhale, as the stomach contracts, which, in turn, reduces the volume of the lungs due to pressure on the diaphragm, and air is expelled from the lungs. As a result, almost no effort is required from you to breathe correctly: the body itself will tell you the desired rhythm. But you must emphasize the inhalation and exhalation to a greater extent than the body naturally does. In this sense, some effort will still be required on your part.